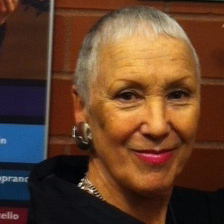 Vicki Margulies has had a long and varied life in the arts, beginning as a young dancer, before working as a stage manager at Italy’s Spoleto Festival, company manager and briefly as performer on tour with Meredith Monk in Europe.  After returning to her native New York City,  she was Production Director at the Chamber Music Society of Lincoln Center, Executive Director of the Brooklyn Philharmonic Orchestra and Director of Merkin Concert Hall .  She is proud of the many innovative programs she helped bring to the stage over her years as a presenter, involving jazz and classical musicians, performance artists and composers such as Osvaldo Golijov, Aaron Jay Kernis, John Zorn and YCA’s own Daniel Kellogg.  In 2002, Vicki joined Young Concert Artists, as Artist Manager, where she’s now happily able to devote her energies to the brilliant young artists she so admires and loves.